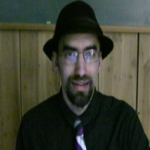 There is some debate, especially within Western urban/suburban spaces whose members are primarily of the academic social class, about what constitutes antisemitism.  As this is a United States-based forum and the United States is party to the International Holocaust Remembrance Alliance (IHRA) we will be using both the US Department of State (USDOS) definition and the IHRA working definition of antisemitism.  That is, anything in violation of either definition should be censored or otherwise removed from ACF.

Below is a summary of both definitions, along with a justification of each point of each definition and some common contemporary examples (as of 2022) of forbidden content.  In some cases, there are common analogous anti-Arab or Islamophobic statements made by those defending the actions of Jews and/or Israelis.  Some of these examples of forbidden anti-Arab/Islamophobic statements are included so that there be no ambiguity that such statements are forbidden.

Summaries:  The following summaries are offered by USDOS and IHRA:

"Anti-Semitism is a certain perception of Jews, which may be expressed as hatred toward Jews. Rhetorical and physical manifestations of anti-Semitism are directed toward Jewish or non-Jewish individuals and/or their property, toward Jewish community institutions and religious facilities." [USDOS]

"Manifestations might include the targeting of the state of Israel, conceived as a Jewish
collectivity. However, criticism of Israel similar to that leveled against any other country cannot be
regarded as antisemitic. Antisemitism frequently charges Jews with conspiring to harm humanity, and it
is often used to blame Jews for “why things go wrong.” It is expressed in speech, writing, visual forms
and action, and employs sinister stereotypes and negative character traits."  [IHRA]

This is rather straightforward.  In particular, the exclusion of criticism of Israel similar to that leveled against other countries is consistent with the viewpoint that statements with negative implications toward a racial group are not necessarily racist, only biased statements with such implications are problematic.

The following specific examples are listed by USDOS and IRHA:

Calling for, aiding, or justifying the killing or harming of Jews in the name of a radical ideology
or an extremist view of religion. [IHRA]

Calling for, aiding, or justifying the killing or harming of Jews (often in the name of a radical ideology or an extremist view of religion). [USDOS]

This is self-explanatory.  There is arguably no right greater than the right to life.

"Making mendacious, dehumanizing, demonizing, or stereotypical allegations about Jews as such
or the power of Jews as collective — such as, especially but not exclusively, the myth about a
world Jewish conspiracy or of Jews controlling the media, economy, government or other
societal institutions." [IHRA and USDOS]

Harmful conspiracy theories are always problematic.  Insinuating that such a small demographic can control much of anything is ridiculous.

"Accusing Jews as a people of being responsible for real or imagined wrongdoing committed by a single Jewish person or group, the state of Israel, or even for acts committed by non-Jews." [USDOS and IHRA]

"Holding Jews collectively responsible for actions of the state of Israel." [IHRA]

It's well-established that holding and individual responsible for the actions of xyr cohort is wrong.

"Accusing the Jews as a people, or Israel as a state, of inventing or exaggerating the Holocaust.  Denying the fact, scope, mechanisms (e.g. gas chambers) or intentionality of the genocide of the
Jewish people at the hands of National Socialist Germany and its supporters and accomplices
during World War II (the Holocaust). " [USDOS and IHRA]

As mentioned before, conspiracy theories are problematic.

"Accusing Jewish citizens of being more loyal to Israel, or to the alleged priorities of Jews
worldwide, than to the interests of their own nations."

There is a long, despicable history of accusing ethnic minorities of being double-agents.

"Denying the Jewish people their right to self-determination, and denying Israel the right to exist" [USDOS]

"Denying the Jewish people their right to self-determination, e.g., by claiming that the existence
of a State of Israel is a racist endeavor." [IHRA]

This is perhaps the most widespread antisemitism in Western urban/suburban spaces whose members are primarily of the academic social class.  The simplest explanation as to why this is antisemitic is as follows:  There is no objection to recognizing the breakup of the Ottoman Empire.  There is similarly no objection to formation of the countries of Syria, Lebanon, Jordan, Yemen, or other Arab countries in the former Ottoman Empire.  Objection to the formation of Israel can only be explained by objection to a Jewish country, which is antisemitic, and similar to racist gerrymandering in the United States to limit Black political power.

"Applying double standards by requiring of it a behavior not expected or demanded of any other
democratic nation." [USDOS and IHRA]

It goes without saying that double standards are problematic.

As mentioned before, conspiracy theories are problematic.

To be clear it is not antisemitic to state that some activity was unethical when the Nazis did it and therefor is also unethical when Kach does it.  "Drawing comparisons" in this case must be interpreted as stating that Israel's actions are either overall similar to the Nazis or comparable to the worst of Nazi Germany.

"Blaming Israel for all inter-religious or political tensions"  [USDOS]

This is another example of an antisemitic conspiracy theory.

While the above is despicable, unless someone in a position of authority such as the secretary of the UN or president of Amnesty International makes an ACF account, it is unlikely that any ACF members can violate this condition.

"However, criticism of Israel similar to that leveled against any other country cannot be regarded as anti-Semitic." [USDOS and IHRA]

Examples of permitted statements that many Zionists object to:

Our guidelines for what constitutes transphobia:

At this time, we consider this set of guidelines to be a good one.